A strange frequency. An elemental horror. A story unlike anything you’ve read.

The new sensation hurt. It was like cosmic radiation, but I experienced it in a new way. I was not used to this and did not like it. The strangest thing wasn’t that, but the new shapes which moved before me. I did not recognize the creature, but I knew it was like the things I’d experienced upon visiting other dimensions. It would be soft and fragile.

“It looks like we have a signal. We’re receiving something.” 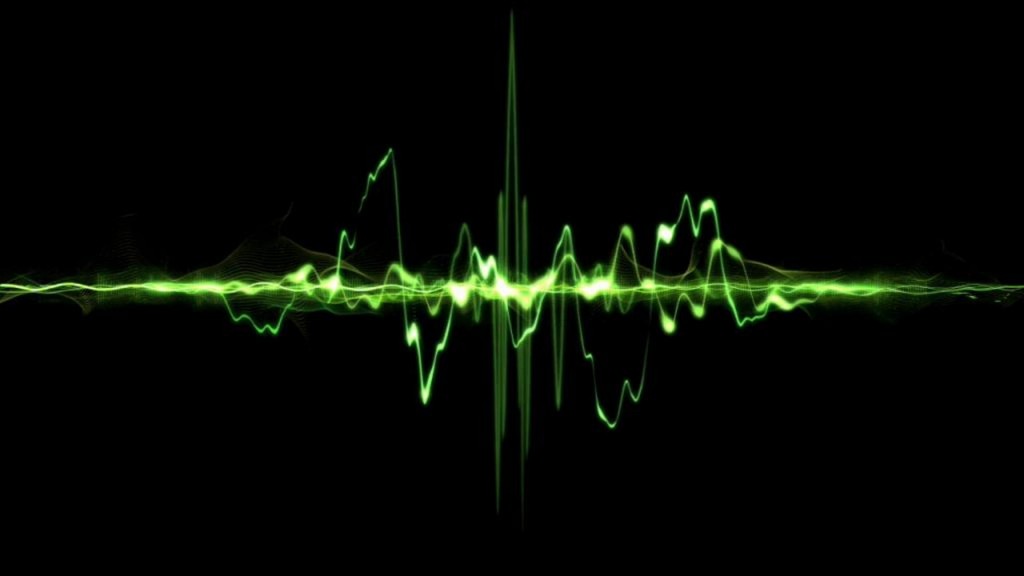 The sounds were new to me. I somehow understood them as language. We do not have speech as humans do. Were I to speak in my other form, this thing would bleed and die. I tried to form words, but could not. I wasn’t able to feel the air move around me. I was disconnected from the rest of the universe in a new and horrible way. For now all I could do was see and hear.

The thing looked at me. It had four appendages. Its surface varied in color and texture. It stepped up to me and reached out. I could not feel it touch me, but it must have.

“I’m dialing it in. Connect the output. We’ll see if we can hear it.” The thing looked over at something to one side of me.

There was a not unpleasant invasion of my form. A noise I knew was my own voice came from somewhere behind me. The moaning and whining gave voice to my complaint.

The thing clapped its appendages over its head. I knew now those appendages were called arms. “Turn it down.” The thing screamed.

My whine became less audible. “Free me.” I said.

The thing looked from me to one side and back again. “You didn’t do that, did you? Are you screwing around with me?”

A voice from near where mine originated answered. “No. It’s talking.”

“How is that possible?” The thing squatted down and peered into my eyes. “Can you understand me?”

“Yes. I know things I should not know. Even knowing itself is new to me. Release me.” My voice was flat in tone and emotion.

The thing, I knew it now to be a man, looked concerned. “We can do that. Just be patient with us. While we’re working on your release, can you tell us what you are? I’ve downloaded more of our language to this interface so you can communicate better.”

I recognized the new information. “There is not a word in your experiences for what I am. If you do not release me there will be consequences.”

The concern became fear. “Trust me when I say we don’t want to keep you any longer than we have to. We’re eager to learn more about the nature of our universe and that’s why I built this box. Tell me more about your experiences.”

I began to grow angry. I did not know if I had emotions in the before time, but I had them now. I sensed the connection that it… he had used to give me words. I could send as well as receive. I output some of the information he wanted.

“Shit.” The voice from behind me yelled. There was a sizzling sound. “It’s on fire.”

“Lock it down.” The man shouted. He reached around to one side of me and I felt the connection disappear.

Now I had no way of interacting with the outside world beside speech. At least no way I knew about. “What do you want from me?” The human technology could not put the emotion I felt into the proper intonation. It squeaked and popped. As a being unused to any emotion that could be put into words, a creature of pure energy and mind bending inter-dimensional existence, the very existence of the emotions was alien to me. Anguish. Horror. Rage.

The man held out his hands as if he could placate me. “We can make this right. My name’s Professor Allen. I just wanted to understand consciousness. I didn’t know our creation would attract something like you. I don’t even know what you are.”

“You are dealing with forces you cannot even begin to comprehend. You’ve captured me, but can you hold me? If you wanted to could you even let me go?” I saw something in his eyes then. It made my fear deepen. “You cannot, can you?”

“Tell me about yourself. If I can understand you maybe I can figure out how to release you.” He pulled out a pad of paper. “What do you call yourself?”

I thought about self and identification. “I have not a name. I am part of something for which your science has no words. The ancients of your world went mad trying to pronounce the names they gave us. I don’t have an identity like you do.”

“The box is smoking.” The other voice came around, a female of their species. Her shape was softer and rounded.

“I don’t think it’s able to contain the energy of this consciousness for long. We need to find a way to let it out.”

I tried reaching out with my being. If the box failed then it might let me go, or I might cease to be. Neither thing was good. I wanted to return home. “Yes. Find a way to return me. Or you will pay dearly.”

“Don’t threaten me. You’re just a god in a box. You can’t do anything I don’t allow you to do.” The man snapped at me. “Hell, you wouldn’t even have the ability to speak if I hadn’t granted it to you.”

“Honey, what’s gotten in to you?” The woman stepped closer and touched him.

The man, Allen, put his hands to his head. “I don’t know.” He rubbed his eyes. “This thing must be affecting me. Maybe there’s some kind of energy it’s outputting.” His eyes went wide with shock. “You need to get out of here. If it’s changing me, it might change the baby.”

Baby? What they called the smaller versions of themselves, my new knowledge informed me. In spite of this human’s effort to contain me, I was able to reach out. I could sense a new vessel waiting on me. A far more ideal place where I could store my consciousness until I was able to find a way to return home. There was something in the way, but I wouldn’t let the obstacle stop me.

The human female clutched her stomach and screeched. “No! Don’t hurt my child!”

Dr. Allen ran at my box and began beating on it. “You won’t do this.” He yanked at cords and knocked the whole thing on its side.

The motion and noise all became distant. My vision dimmed and I could feel warmth. Progress. I was in the place where the baby resided. It would take time, but I would defy anything I had to in order to be the limitless energy I had once been. I reached out with my mind and began exploring my new body.

Something luminesced in my vision. No, that wasn’t precisely right. I wasn’t seeing with human eyes. There was another consciousness in the body with me. The human vessel must already have had a human mind. I would rip it out by the roots and install my own will. The process of how to do so was alien to me, but it was only a matter of time.

“Get out of my body.” The voice slithered from the depths of this physical thing’s mind.

“Is it yours? You’re no more human than I.” I answered the thing. Its presence was familiar.

A low chuckle. “I have right of first arrival. I own this being. Go, find another.”

Leaving was not an option for me, but my adversary, familiar as it was didn’t need to know my limitations. “I don’t recognize you or your right. We will fight for possession.” How two immaterial beings would fight, I didn’t know, but my survival was at stake.  I felt a sort of pain, though I had no nerve endings. A piece of my memory vanished, like a puff of stellar gas.

“If you won’t leave, I’ll strip existence from you.”

The pain/not pain returned. There went another memory, another piece of me. I didn’t know the rules of combat, but I had instincts older than the race of creatures we fought over. I focused my will, imagining it to be the plasma at the heart of suns. Then I cast it out in every direction.

There was a sound like cracking and groaning of tectonic plates. “Well struck, cousin.”

I had no relations as these creatures of meat and sinew did. The thought behind cousin was darker and more complex. “What are you doing inside this human child?”

Again there was a chuckle and again a slice of pain. “We all come this way from time to time. Formless ones, given form. The eternal made temporary.”

I hadn’t known fear until the last few hours, didn’t even know time, much less terror, but the thought repulsed me. I struck again, focusing my will towards something with no physical existence. I was rewarded with a deeper groan.

“It is an exercise in humility. If you were to take my place it would be your first, but not your last.” My cousin targeted me again with eldritch energies, but I began to understand the attack and could defend.

“Once I am free, I will never return.” I couldn’t imagine a more horrible existence, limited to one such as this. But I wanted to survive far more than I wanted to avoid being human. This time, I focused my will into a pulsar wave, pounding the other creature.

It bellowed, echoing the birth of a star, and released its rage and dying energies.

Soon there was nothing. Only I remained. But who was I? Where was I? I knew that I existed and little else. I would always exist, for a time in this thing called a human, then as something eternal. My home was small and limited. It was comfortable, until I was assaulted by a horrible cold and terrifying brightness. As the last shreds of my memory were pushed down deep into my psyche, I heard my father exclaim, “It’s a boy, a healthy boy!” and vowed I would one day remember and take my vengeance upon him.

Some creatures feed on blood and revel in the screams of their prey. Scott Roche craves only caffeine and the clacking of keys. He pays his bills doing the grunt work no one else wants to take, bringing dead electronics back to life and working arcane wonders with software. His true passion is hammering out words that become anything from tales that terrify to futuristic worlds of wonder. All that and turning three children into a private mercenary army make for a life filled with adventure.﻿