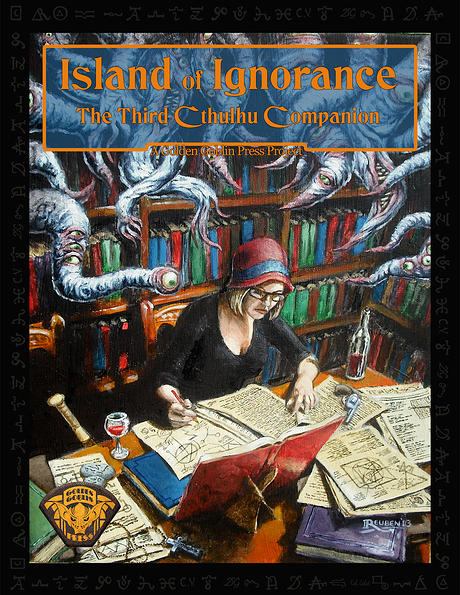 Image is of a book cover. The illustration is a 1920’s era female pouring over old occult manuscripts with a bottle of wine, it’s accompanying glass and a pistol. Several tentacles ending in eyes and mouths descend from the library shelves behind her.