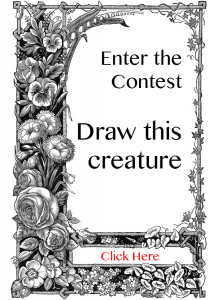 As we quietly approached the riverbank, I could just make out the dark figures on shore dancing around the bonfire.  They appeared to be a lost tribe of degenerate Indians, mixed-race refugees from the last Seminole war and the descendants of escaped Negro slaves from over half a century ago.  Abruptly, they stopped their tribal dance as their leader emerged from out of the darkness.  He was obviously a shaman of some kind, wearing an elaborate face mask and headdress made from the skull of a large alligator.Seeing the assembled gathering of primitive brutes, around thirty in number, immediately brought to mind the ancient followers of Sebek, the crocodile god of Egypt, whose blasphemous and abhorrent rites are recorded in the dreaded De Vermis Mysteriis.  Perhaps this was related to the Shaawanoki legend that the Florida cracker’s woman who we spoke with days before warned us about?  Soon a bound and struggling Indian girl was brought into the light and my deepest fears were confirmed.

The legendary creature known to the Seminole Indians of Florida as Shaawanoki resembles an albino alligator able to walk upright on land like a man.  Reportedly standing over seven feet tall, its red eyes glow with reflected light.  Despite its unusual coloration, Shaawanoki is very adept at concealment, capable of remaining safely hidden beneath the dark waters of the St. Johns River for hours at a time.  It mostly comes out at night…mostly.

Shaawanoki is a crafty and intelligent predator, often preferring to lie in wait to ambush unwary prey or attempt to lure victims into natural hazards such as quicksand to gain advantage.  Shaawanoki can also command nearby alligators or saltwater crocodiles to come join it in the hunt.

In combat, it can either attack with one of its front claws or bite with its strong crocodilian jaws.  If the target is bitten, Shaawanoki will try to grapple the victim (roll STR against STR on the Resistance Table to break free) and submerge under the water to drown them (see the rules for drowning).

It is suspected that Shaawanoki may be the horrid offspring of the Egyptian God Sebek, although any connection to that Great Old One is purely circumstantial.